Legoland-affair: communities, neocons and how to think outside the Lego`s box. By: Gonzalo Carrasco Purull.

It was the British housing minister Grant Shapps, who started the fire, to embark on an offensive against the British state housing standards, which in his opinion neither within local identities, nor the likes of the respective communities. To Shapps, the current model of government housing – four floors, with apartments of one and two bedroom apartments, called “identikit” – appears as “banal and boring.” A claim that since carried out by Prince Charles in the eighties, primarily appeals to the emotions of the communities with concrete data.
According to Grant Shapps, the design teams behind the houses “identikit” should stop building suburbs like pieces of a Lego kit. So, and against this scenario dominated neighborhoods “Legoland”, Grant Shapps called to build with local materials such as stone and wood, also adopting morphologies typical of the places where these projects are raised.
Grant Shapps is inconceivable that while private sector housing are constructed to the individuality of their appearance, not so with the houses built by the state, which are characterized by a face dominated by anonymity and repetition. Grant Shapps also makes a call for communities to demand better quality to the designs of the solutions received, reminding them that can make effective use of English law recently allows communities to approve the designs for their own neighborhoods. 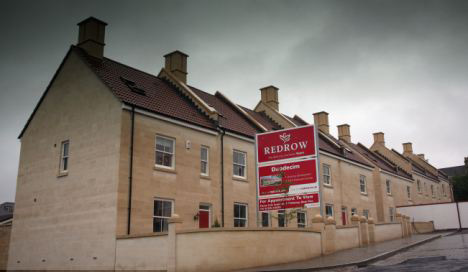 As outstanding examples of projects that would meet the requirements of the minister, was appointed to draft Rostow Brow, Stockport, where the real estate company reused existing materials such as brick, stone and slate. In addition to the liberal application of elements made in wood and stone. Along with an excellent work on the detail of windows and facades, to whose design was taken as base models of the earlier houses, from the use of photographs.
Another example mentioned is the project of the Russells, Broadway, Worcestershire. Mixed-use project that includes construction of 77 homes, whose design meets the neighborhood sets, dating from the XVI century.
However, the minister’s views have met with strong resistance from those who believe the state housing problem does not go through more or less ornamentation. But by the number of houses currently being built – a 9 percent lower than expected – , and the quality of space offered.
The play of the Minister Grant Shapps opens debate on the nature of the forces behind clusters of communities. Where many times the word “identity” becomes a true “Trojan horse” within which carry strong neo-conservative beliefs. While the mechanisms of community organization looking for an opening, a making things more “democratic” and transparent, the very idea of ​​”identity” in its vagueness is able to collect all those beliefs and prejudices about “how to things done. ”
While the modern movement by relying almost exclusively on technical authority, turned his back to the communities, it is also true that many of the ideas behind the concept of “identity” refers to the belief that this is something immutable, no subject to change, a kind of essence. Hard to believe as does the minister Grant Shapps, the identity can be attached to a front as a shield fixed stone, wood or slate.
It is interesting to recall that it was just the same English house which in the eyes of a German as was Hermann Muthesius, was the inspiration for much of modern architects, for whom this represented around a model of good living. A good life that was beyond mere appearance self-awareness of a postal identity, or combinational logic Lego box. VKPK.